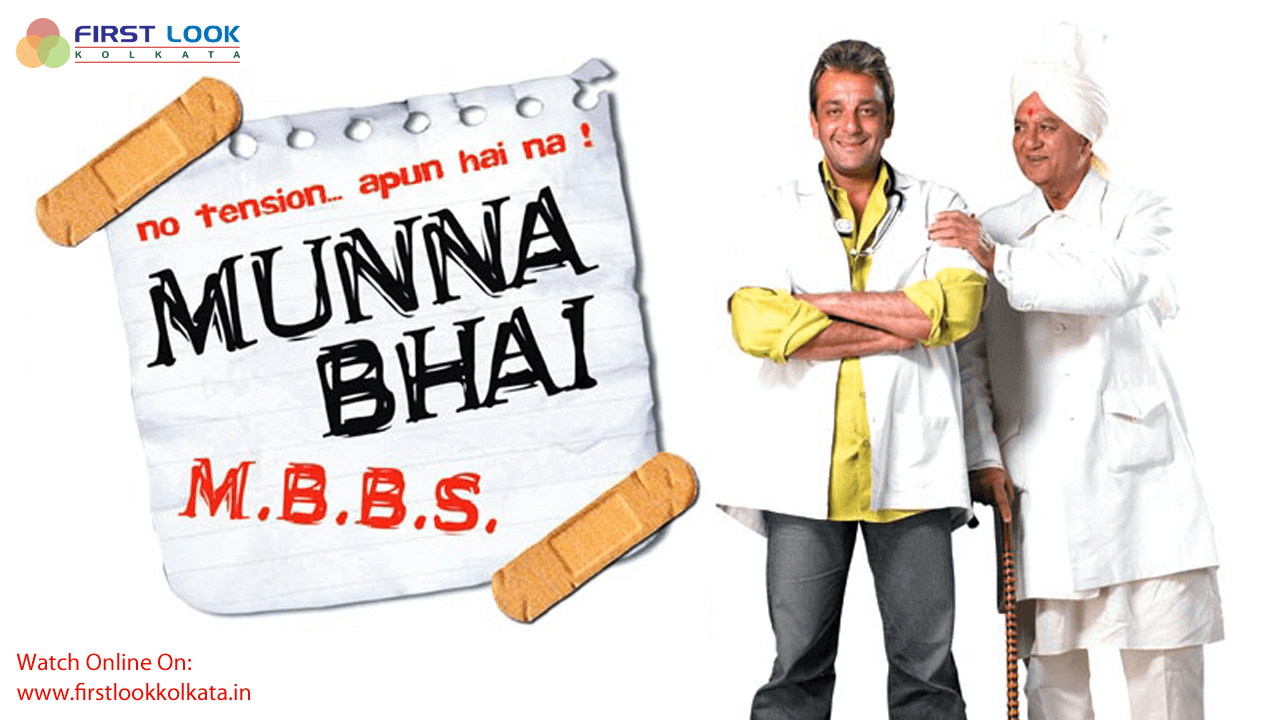 Feels bore sitting at home this weekend? Want to watch some masala movies?

Don’t worry! We’re here for you. First Look Kolkata is launching a new section for online movies in Kolkata. We will being you the best of Indian cinema; it can be from south (yenna raskella) to north.

Munna Bhai M.B.B.S. went on to win the 2004 National Film Award for Best Popular Film, and several Filmfare awards, including the Critics Award for Best Movie and Best Screenplay.