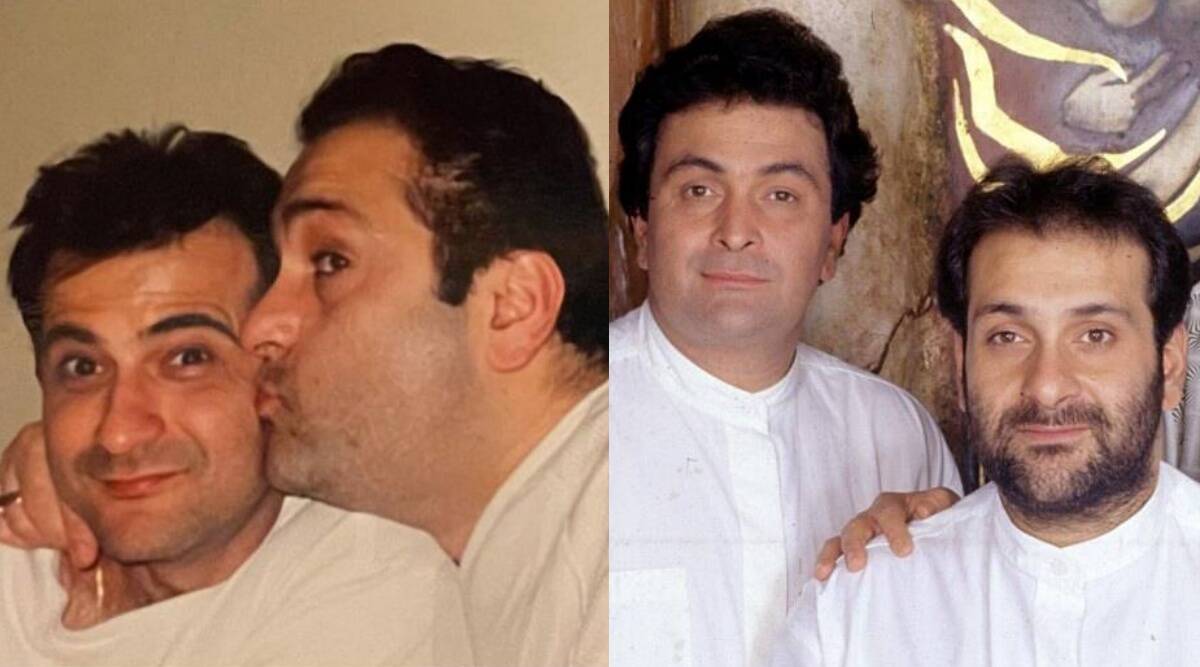 Bollywood actor Sanjay Kapoor went down memory lane on the birth anniversary of his late friend and actor Rajiv Kapoor. Sanjay remembered Rajiv with a few photos of himself with the late actor. Rajiv, who was the youngest son of veteran filmmaker Raj Kapoor, and the sibling of Rishi and Randhir Kapoor, passed away on February 9 this year. He was 58.

The photos posted by Sanjay features the good times he spent with Rajiv. Addressing his friend by his nickname, Sanjay wrote, “Happy birthday chimps ❤️ You will always be missed ❤️❤️ , Still can’t believe that we didn’t speak at sharp 12 in the night, Love you and miss you.”

The pictures got a lot of love from Sanjay’s wife Maheep Kapoor who left several heart emoticons on them. Karisma Kapoor, Manav Kaul, Seema Khan, and Bhavana Pandey also showered love on Sanjay and Rajiv’s photos.

Rajiv Kapoor made his Bollywood debut with the 1983 film Ek Jaan Hain Hum. He went on to star in films like Aasman (1984), Lover Boy (1985) and Zabardast (1985). To this date, Ram Teri Ganga Maili remains the most famous film credited to the actor. The actor also tried his hands at the direction. He directed Prem Granth, starring his brother Rishi Kapoor and Madhuri Dixit.

Talking about Rajiv Kapoor in his memoirs Khullam Khulla: Rishi Kapoor Uncensored, which was co-authored by Meena Iyer, Rishi had called his younger brother the most talented among the siblings.

“I worry a lot about Chimpu and feel sad that he has never been able to realize his true potential. He is the most talented of us and has an uncanny ear for music. He plays the piano superbly without ever learning it,” Rishi had written.

Calling theirs an “uneasy relationship” which mended over time, Rishi remembered the time they collaborated on his directorial debut. “He did a commendable job as editor on my film Aa Ab Laut Chalen (1999) and could have been the best in the field, if only he had applied himself better,” he said.

The actor was set to return to the screen after three decades in Ashutosh Gowariker’s upcoming film Toolsidas Junior. Sharing his experience of working with Rajiv, Ashutosh said, “It was really lovely to work with Rajiv. On sets, he was an absolute professional. And played the part with so much fun, dignity and ease. What an affable person he was. His performance in Toolsidas Junior is going to surprise everyone. Sadly, he won’t be there to enjoy the accolades…”