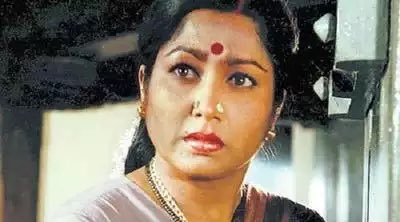 Veteran actress Abhinaya Sharade Jayanthi, was known for her work in Tamil, Telugu and Kannada movies, died at her residence in Bengaluru on Monday, reports news agency ANI. The actress, who was popularly known as Jayanthi, was 76. She died due to age related ailments. Mourning the actress, Telugu screenwriter Gopi Mohan tweeted: “Veteran heroine Jayanthi (76) garu, known as #AbhinayaSharadhe passed away due to health issues. She acted in more than 500 films in Kannada, Tamil, Telugu, Malayalam and Hindi. Maa Intilona Mahalakshmi Neeve, Anuraga Devatha Neeve are famous songs of Jayanthi garu #OmShanti.” Read his tweet here:

In her career spanning five decades, Jayanthi worked in over 500 films. She was among the lead actresses in the Kannada film industry from 1960 to the 80s. Born Kamala Kumari in January 1945 in Ballari, Jayanthi made her acting debut with YR Swamy’s 1963 film Jenu Goodu, which fared well at the box office. Her next hit was Kannada film Chandavalliya Thota alongside her co-star of many films, Dr Rajkumar. The duo worked together in over 30 films.