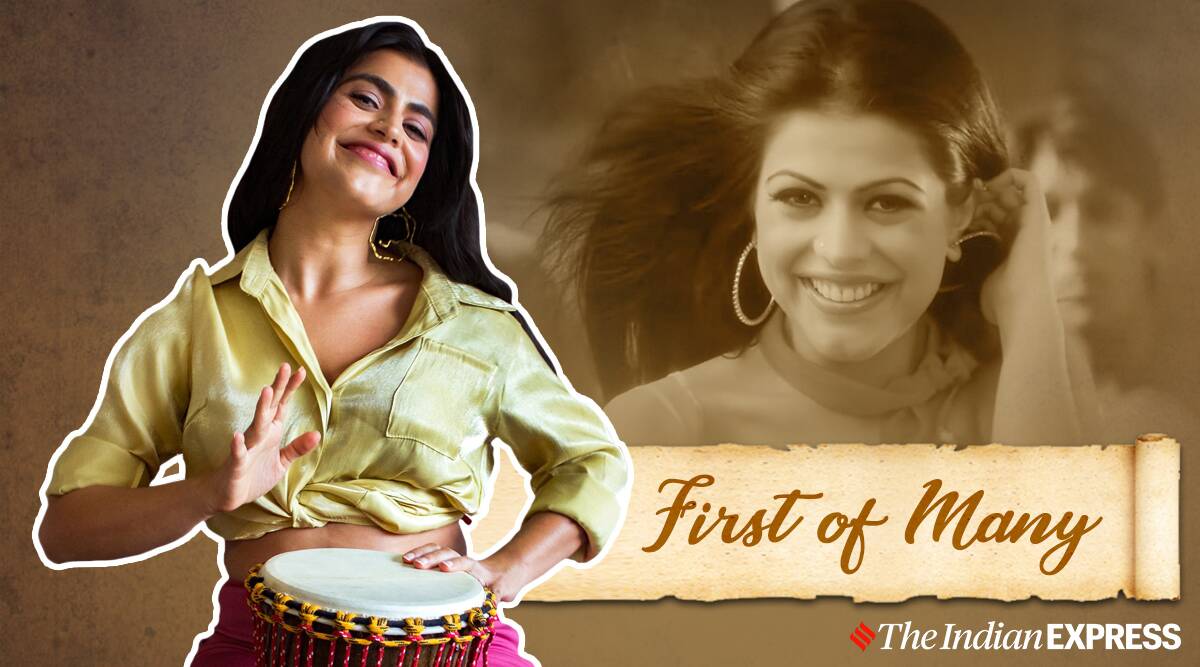 An actor, VJ, host, writer, travel vlogger and content creator — Shenaz Treasury is a woman of many talents. Shenaz might not have done innumerable acting projects, but she’s always been a face to reckon with in front of camera. Shenaz had a long association with MTV. Her select few movies include Delhi Belly, Aagey Se Right, Luv Ka The End and Kaalakaandi.

Today, Shenaz hops continents as part of her travel videos on her YouTube channel, but for many she is still the vivacious girl who made heads turn in Ken Ghosh’s popular coming-of-age romance-drama Ishq Vishk. The 2003 hit film starred Amrita Rao and Vishal Malhotra, and was also the debut movie of Shahid Kapoor. How did all of this fall into place when Shenaz was happy with her regular job of a VJ, and never aspired to enter Bollywood? Here’s what she shared:

How did you land a role in Ishq Vishk?

My first big acting role was Ishq Vishk. I had just taken a break from MTV at that time and was going to New York to study acting. I told them I will return in three months but I stayed for six months, and MTV was really upset with me. I returned sometime after 9/11 and it was chaos in the US. At the airport, I lost my baggage. Basically I had no job, no clothes, nothing. I had a film camera and was really into photography. But everything that I owned, all the pictures were gone. One day, I was at a nightclub, wearing my mom’s clothes, trying to have a good time. I met Ken Ghosh there. He looked at me and said “You’re the girl from MTV. Why don’t you come tomorrow to audition for a movie?” I never thought about doing Bollywood, but I thought something is better than nothing. I remember Shahid being there. We acted a few scenes together and by the end of the evening, Ken said I was in the movie. And once I was doing the movie, MTV started missing me as well and they invited me back. So I got my job at MTV back as well.

What do you remember of your first day on set?

First day on set was at Sophia College and we were shooting the song “Kaun Hai Woh”. I remember Ken put a lot of stress on me. He liked me as an actor but he thought I was too fat, which is true. And so he kept telling me I need to lose five kilos as other actress in the movie were so thin and we would look awkward together. I was trying to lose weight. That day on set, he said no food for me (laughs). They decided to do a slow motion scene with me lip syncing but no one instructed me how that is to be done. I remember doing that with a blow in my hair but not knowing how to do that slow motion. It was hot because it was the middle of summer and I was wearing a red dress. I just remember being really hungry.

I wasn’t nervous. I was just hungry. I was more nervous about Ken telling me I was fat all the time. That made me more nervous. I was trying to lip sync the song in slow motion, which I didn’t really understand, but it was fun. I had been in front of the camera before because I used to be a VJ. So that was kind of easy for me. I remember the choreographer teaching me the steps, and I was like, ‘I know that I’m a good dancer, I have rhythm, but I don’t do this choreographed dancing.’ And the other actress in the movie kept doing it. I though I need to also do it, so I was trying to get it.