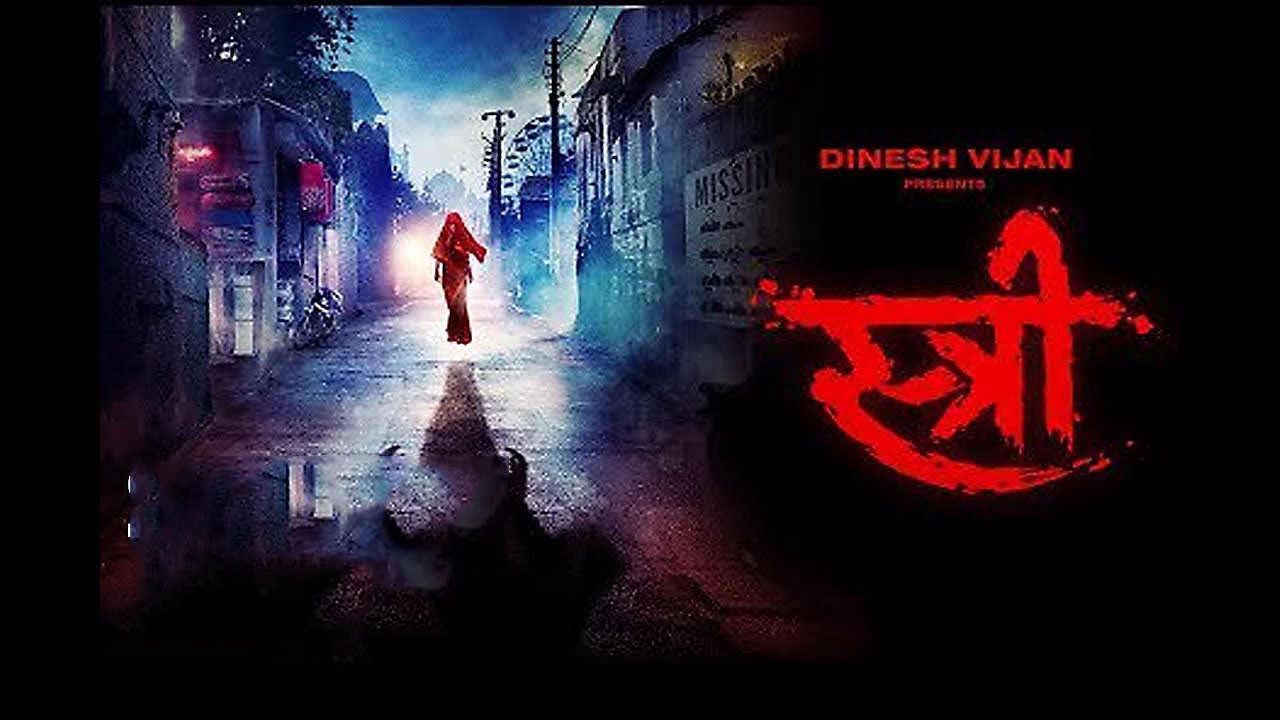 When I first saw the trailer of this movie I thought this would be a full horror movie and trust me, I am not a person for horror movies, LOL!. However, its Rajkummar Rao, how can I miss this and ohho Shraddha Kapoor and her sexy eyes, its a must watch!

Now come to the story:

Stree is based on a small town of Chanderi, somewhere in Madhya Pradesh, India. It is haunted by a ghost named “Stree”. She only come during the four nights of puja and attacks on males. While attacking she calls the victim by their names, three times. If anyone turns around only then she attacks him and takes him along with her, leaving their clothes behind.

Stree has a really great story and cast. Acting and comic appearance is done really well by all of the actors, especially Rajkumar Rao (screen name Vicky). Some of the scenes can horrify soft hearten persons and there are a lot of jumpscares in this movie. The plot is taken by a real life incident that took place in a town near Bangalore in 1990’s and there are alot of twists and turns with suspense.

This movie has been scripted by Raj Nidimoru and Krishna DK, the creative pair behind that bonkers zombie comedy “Go Goa Gone”, the film opens with a title card that says it’s based on “A Ridiculous Phenomenon”. That would be accurate  during a religious festival that lasts four days, a female spirit referred to simply as ‘Stree’ descends upon Chanderi, a small town in Madhya Pradesh, and abducts men in the dead of the night, only leaving behind their clothes.

Well, the end scene of movie will leave you confused and irritated at the same time. It could have been better that this. However, still Vikey (Rajkumar Rao) got his lady love and Stree did not attacked the village on next year, hopefully…

In a single line, just awesome. From “Aao Kabhi Haveli Mein” to Mission Impossible’s Indian version everything this awesome. Sachin–Jigar gave a marvelous music in the movie.

Rajkumar Rao, wow man, you steal the show. His acting is again mindblowing. Supporting starcast was so good.

Frequently miscast or even misdirected in other films, Shraddha Kapoor blends in nicely as the alluring out-of-towner with an air of mystery around her. And then there’s Rajkummar Rao, who it appears can do no wrong. He invests Vicky with a sweet small-town simplicity, giving us another simple small town guy’s character that feels entirely real. Watch how he listens keenly as his father sits him down for an awkward birds-and-bees talk, or his reaction to the discovery of his true parentage.

Or a scene late in the film in which he can’t fake romantic interest when he’s meant to Shraddha is not “Stree”. Tucked away beneath the scares and the laughs – but never buried out of sight completely – is the film’s feminist subtext. In some instances the case is made expressly, like Tripathi’s character pointing out that the spirit in question is a “Naye Bharat ki Chudail”, “Oh Stree hai, permission le kar uthati hai”, it’s more funny than horror. The movie has a talented star cast in Rajkumar, Aparshakti, Pankaj. They have good chemistry and never fail to laugh at their own stupidities.

Stree is an awesome horror-comedy movie after last year’s Golmaal Again. However, it is an “One Time Watch” movie. I will give it 3.5 out of 5.